The Time Has Come!

Today the first book of the Moonfallow Series by Nyria Fey is released. 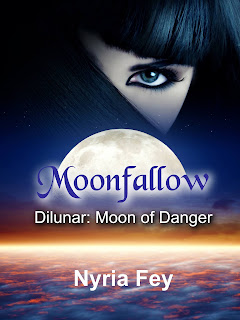 The people of the dangerous moon Dilunar live underground. Anaria keeps her promise to her Shaman mother and is whisked from her home planet to Dilunar, but the leaders are angry and disappointed that she has come instead of her mother. They believe Anaria is not a properly trained Shaman and will be unable to move their people to the safety of another moon. Leion does not agree with his fellow leaders. He befriends Anaria and together they design a plan to move the people. If they fail everyone on Dilunar will die.